The Hotel´s History:
The house that wanted to be a hotel.
Officially, the house on Sankt Annæ Plads was built to function as a apartment rental property, but from the very beginning, when the building was completed in 1851 (built by Mrs. Svendsen), there were people who took the initiative to rent out rooms for overnight stays. This kind of rental management was strictly prohibited, unless they had permission to run a hotel – which they back then did not have. Nyhavn used to be Copenhagen´s former red light district and the lack of permission gave guest, the opportunity to rent rooms without being registered. It is still unclear who´s idea it was, but we would not suggest it was Mrs. Svendsen herself!
Today, the hotel has earned its 4 stars, with its newfound charm in the historical buildings.

This boutique hotel is housed in buildings dating back to the 17th century and is located in a central yet quiet area. Nyhavn Harbour is just around the corner and Kongens Nytorv Metro Station is 500 metres away. The rooftop terrace offers views of Copenhagen.

The modern rooms feature a stylish Copenhagen design, a TV, minibar and a private bathroom, including a hairdryer and toiletries.

The on-site restaurant The Shrimp offers Coastal American cuisine with a selection of steaks, fish dishes and shellfish. Guests can also unwind in the lounge with a cocktail and snacks from the adjoining bar, The Club.

Guests can rent bicycles at the reception to explore Copenhagen. Within 5 minutes’ walk from the hotel is Amalienborg Castle and the Royal Danish Theatre. Central bus routes are right by the property. 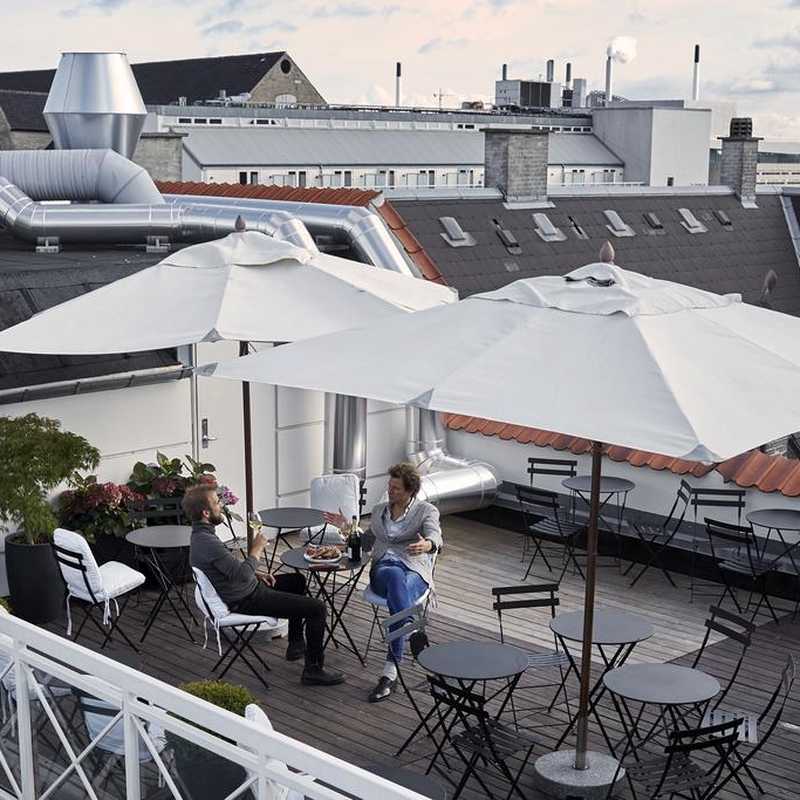